Salt is yet another new gastro-bistro with a great value lunch menu (27 euros for 3 courses) that recently popped up in the 11th. The difference between Salt and similar places (like Le Servan, just up the street), is the vibe, the decoration and the super creative ingredients.

I totally fell in love with their beautiful ceramic dishes, and was so enamored with them I sometimes found myself forgetting exactly what it was I was eating! What was particularly memorable though was the use of fresh herbs I had never eaten before, like clover and all sorts of funky sea-grasses. Don’t ask me what they were called, but who knew such crazy things grew in the sea (aside from the chefs at Noma, that is!).

The dishes almost looked like they had come straight out of a pasture, despite Salt’s clear seafood-oriented theme. The staff were extra friendly (still always a shocker in Paris!), and the wine list was great, if not slightly expensive when ordering by the glass.

At the end of an immensely satisfying meal brimming with flavors that were totally new to me, I realized that I had pretty much eaten a carb-free, gluten-free, dairy-free meal that was actually pretty darn healthy! There are no fatty dishes on the menu, only extremely light, fresh yet supremely flavorful creations that change daily or weekly depending on the catch of the day and what’s in season. At night they have a tasting menu for 65 euros that seems to be pretty good, though I’ve yet to try it.

In any case, ‘ll definitely be going back to see what else they’re serving up!

Note: the lovely waitstaff are mostly native English speakers, making Salt a great place to go if you’re visiting Paris and your French is rusty! 😉 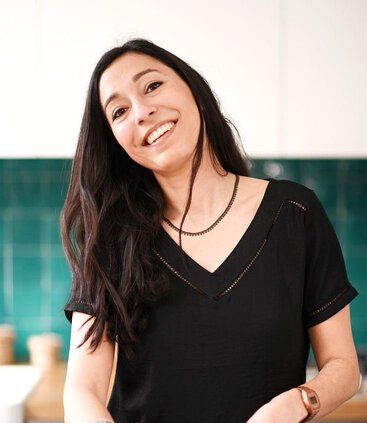